Co-citation and Co-occurrence: What you need to Know About it in 2017

It’s widely accepted that the best place to hide a dead body is on the second page of the average Google search. This is why websites fight tooth and claw for a primetime spot on page one of Google, even if this means resorting to underhand, ‘Black Hat’ SEO tactics.

There is only one problem. Search engines like Google hate it when websites attempt to spam their search algorithms. This is why Google and other search engines are increasingly using semantincs – something called co-citation and co-occurrence to rank websites.

What is Co-citation & Co-occurrence?

Up until recently, webmasters have attempted to capitalize on the fact that Google’s search algorithm uses backlinks from third party websites, in order to gauge the genuine popularity of online content. The more backlinks from a trusted third party, the higher a page should rank in search results (Or at least that’s the theory).

The latest updates – at least too some extent – put a stop to webmasters being able to cheat Google’s search by creating counterfeit backlinks. What Google is now doing instead, is looking for content-based associations between websites, not just physical backlinks and anchor text.

When it comes to co-occurrence, things get even simpler to understand. This is because at it’s most basic, co-occurrence is simply good writing.

At an analytical level, Google and other search engines use co-occurrence to categorize web content, by looking for the presence of keyword phrases just like in conventional SEO. Google then looks at how frequently these keyword phrases are used across web content overall, as well as the proximity of keywords themselves to contextually relevant information.

Of course, this all sounds very similar to how Google’s 2010 Caffeine / 2013 Hummingbird update categorizes web content. In fact, for all intents and purposes, co-occurrence and co-citation are the next step in the evolution of Hummingbird itself. The only key difference is that Google now uses a keyword playbook of sorts, and will usually have an idea of what phrases and keywords should precede others in regard to specific topics at hand.

What this means, is that Google looks for co-occurring content and phrases on web pages which aren’t necessarily related. If for example, you are writing about home insurance in Nebraska, Google will use Co-occurrence to test the genuine quality of your content, by comparing it for relevance against other sites already writing about the same subject matter.

The most important thing to remember about co-citation is that co-citation takes place when at least two independent websites make mention of the same piece of content, the same business, or the same website. What co-citation does not involve, is any direct backlinking.

What content creators need to do in this case, is research similar websites, content, and brands, and make mention of these third parties in their own content. In doing so, your web content will show Google that it is relevant to a specific topic of popular discussion.

How should you be Using Co-citation & Co-occurrence for SEO?

The easiest way to start working with co-occurrence and co-citation is to start placing less emphasis on traditional keywords.

In the above example, it’s relatively easy to see how co-occurrence and co-citation are quickly usurping the role of traditional keyword placement. This is because Google isn’t going to see keyword phrases in your content and automatically link your content to associated search queries. What Google wants to see instead, is authoritative dialogue in your content, content which details the features, benefits, and brand names of the electric ovens you sell.

By creating content in this way, Google will identify examples of both co-occurrence (when you mention different cooker brand features) and co-citation in your content whenever you mention high-quality brands and use anchor text to link back to these brands themselves.

One of the key things to keep in mind in regard to co-citation is that Google is now considering strong, contextually relevant, cross-references and citations, just as highly as it used to inbound backlinks. This being the case, content creators need to start embracing the connected nature of the Internet itself, even if this can sometimes feel like giving away backlinks freely to potential competitor websites.

Are you Still Confused?

Are you new to SEO and still largely dumbfounded by the subject? If so, don’t worry. The inclusion of co-occurrence and co-citation in Googles search algorithm, simply means that you as a webmaster or content creator simply need to:

Most importantly of all, keep in mind that co-occurrence and co-citation are designed by nature to put an end to people being able to cheat their way to the top spot on Google. This being the case, don’t start creating multiple blogs and mirror sites in order to attempt to emulate co-occurrence and co-citation artificially. This, after all, will only work to your detriment in the long term. 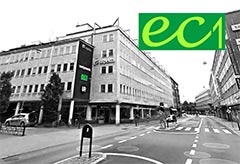